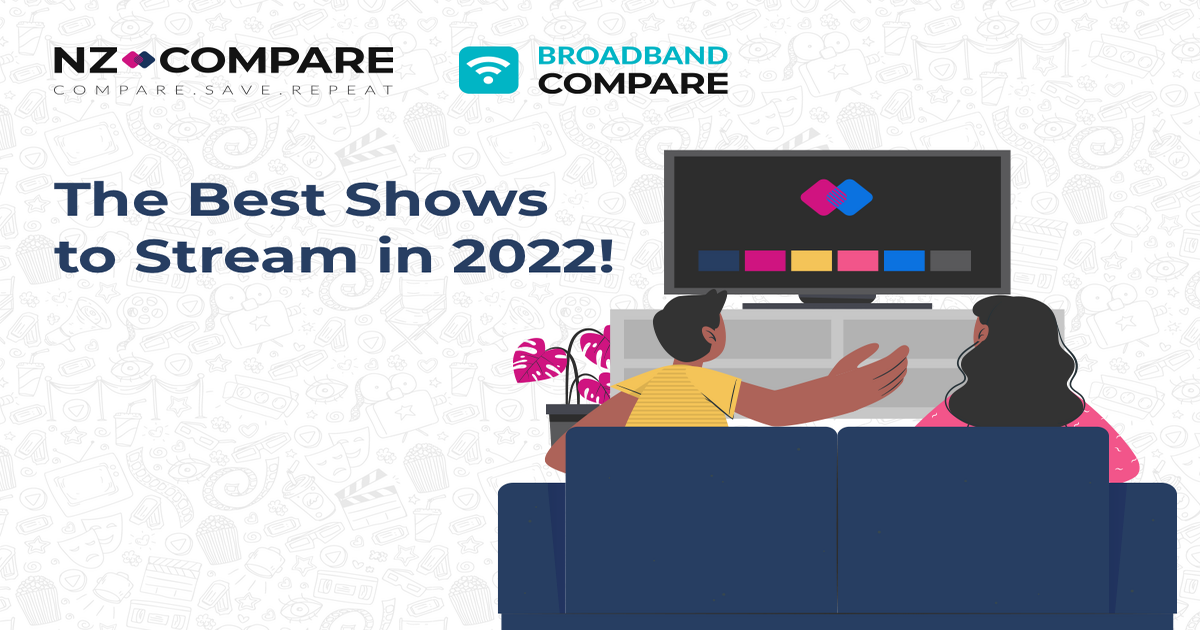 newsThe Best Shows to Stream in 2022!

We are well and truly living in a golden age of television! Never before has there been more choice for Kiwis looking to watch the best shows!

But with all this choice… it can be hard to actually find good shows to watch. If you’re feeling overwhelmed, don’t worry! We’re here to break it down for you.

Plus, we’ve got the lowdown on which broadband providers are offering free subscriptions to these streaming services!!

With one of the most extensive libraries of shows and movies, Netflix remains a powerhouse in the streaming world!

Here are our picks for Netflix’s best shows:

This show will leave you jaw-dropped more times than you can count! Jason Bateman and Laura Linney star in this story about a family that gets entangled with Mexican drug lords. Season 4 just dropped and continues the enthralling story full of captivating performances from the whole cast including Julia Garner (who’s in another popular Netflix show Inventing Anna). Prepare to be glued to your screen for this one!

With its highly-anticipated second season coming out this week, you’ve got to check it out! It’s a period drama about young people looking for love in London’s high society. Don’t worry though, it’s not some stuffy old story- it’s been given a modern spin! It’s full of romance, drama, lavish costumes and grand set pieces! It’ll transport you to another world!

Okay okay, we know it’s one of the most popular shows ever but with Season 4 set to premiere in May (and Season 5 to be its last), it’s a great time to tune into this epic sci-fi series! If you aren’t caught up, the show explores a unique bunch of characters in a small town that is turned “upside down” by supernatural forces. It’s full of thrills, heart and crazy storylines!

Our honourable mentions go to Squid Game, You and Brooklyn Nine-Nine.

There’s so much great content to choose from on Disney+! From Disney classics to Star Wars and Marvel, there’s something for everyone! It’s great for the whole family!

Here’s our picks for the best shows on Disney+:

Disney+ has been releasing heaps of great Marvel shows recently but this one remains top of our list! WandaVision follows two superheroes in a twisting story that homages sitcoms and delivers great action! It’s one of the most ambitious shows that Marvel has ever created and packs quite the emotional punch. Get ready for some action but also cue the tissue box!

The Book of Boba Fett:

One of the most beloved characters in the Star Wars universe finally gets their own show! It follows bounty hunter Boba Fett as he fights his way through a galaxy far, far away. With a stellar performance from New Zealand’s own Temuera Morrison and all the usual space action that Star Wars always delivers, it’s one that requires viewing!

This show follows Victor as he navigates his life with his family and friends as a young gay man. It’s got all the things you love from coming-of-age stories and is a welcome source of representation with a diverse cast full of Latinx characters. With its third and final season just around the corner, you don’t want to miss this truly heartwarming show.

Our runner-ups go to Loki, Reservation Dogs and The Dropout.

The Best Shows on Amazon Prime

Amazon Prime will soon be the streaming service that everyone is talking about. That’s all because of one show…The Lord of the Rings: The Rings of Power. While we’ll have to wait until September to see the hotly-anticipated show, there’s still plenty on Amazon Prime that’s worth watching!!

Arguably one of the best shows that has come out in the last decade, Fleabag is a bombastic, hilarious and super smart slice of television. It follows a woman navigating life and tragedy in London. It’s a refreshing watch with dry British humour and a bit of heart- somehow leaving you laughing and crying at the same time! Plus, it’s got Olivia Colman in a small but hilariously fantastic role!

There’s no wonder this show has won countless awards- it’s truly fantastic! The show’s set in the 1950’s/60’s and follows a woman in New York who pursues a career in stand-up comedy. It’s got one of the best performances in recent times from the lead Rachel Brosnahan and is an incredibly fun ride transporting you right back into the past. They just released Season 4 so it’s the perfect time to binge it!

The Wheel of Time:

Are you itching to watch the new Lord of the Rings show? Well, The Wheel of Time is the perfect show to watch while you wait! It’s an epic fantasy series that follows a group of people on a quest to stop evil forces from destroying the world. It’s full of magic, big battles with strange creatures and beautiful locations!

Honourable mentions go to Homecoming, The Man in the High Castle and Upload.

If you’re looking for premium drama, then look no further. Neon’s got one thing no one else has…HBO! They’ve got you covered with some of the best new and old shows to sink your teeth into!

One of the most watched shows of 2022, this HBO drama about the tumultuous lives of a group of teenagers is full of shocking twists and turns that dive deep into the issues faced by young people. The show’s led by an Emmy winning performance from Zendaya and has a killer soundtrack. Go check out what all the hype is about!

Another incredible HBO drama/dark comedy that follows the lives of a family in charge of a giant media company. It’s full of incredible drama and captivating performances but doesn’t shy away from the absurdity and humour found in these ultra-rich characters. You’ll be drawn into the intense family drama but will crack up laughing when Cousin Greg comes on screen!

A major hit in the United States, the show follows a family in Montana who’ll protect their ranch at all costs. It’s a high octane ride with intense social and political drama as well as great performances including the brooding Kevin Costner. Plus, it’s basically a modern western, so it’s got all the cowboy iconography that you could want!

Honourable mentions include Insecure, Peacemaker and NZ’s own Raised By Refugees.

Luckily for you, there’s heaps of broadband plans that offer free subscriptions to these awesome streaming services! So it’s never been a better time to switch.

If you join a Spark Unlimited Plan you’ll get free Netflix the whole time you’re on their plan!

After Neon AND Amazon Prime? Then switch to a 2degrees Unlimited Broadband plan and get them both for free for 6 months! Plus, 2 months free broadband! What an awesome deal!

If you’re ready to stream, then the best thing to do is to jump on Broadband Compare! Here you can compare all of the different plans and see which one is right for you.

It’s super simple, just head on over to our website- enter your address, select filters to match your preferences and start comparing providers side-by-side!

If you’d rather talk to a kind human then give our friendly customer support team a free call on 0508 22 66 72 and they’ll help you find the right plan for you.

Enjoy discovering all these fantastic shows! We hope you love them as much as we do.